Where Are They Now? Interview with Jamie Grefe 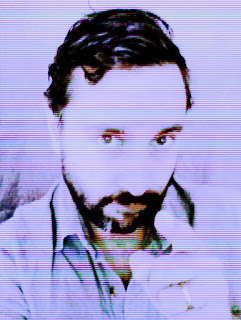 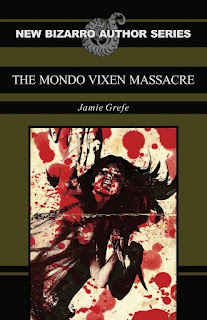 MSLS: Where did the idea for “The Mondo Vixen Massacre” come from and how did you pitch it?

JG: The idea for TMVM came when I didn’t talk myself out of writing a book full of truly excessive ultra-violence, a book that I felt I needed to write, a story I needed to tell and it was one of the best writing experiences of my life. Then I honed it, sent it to one of the editors of “The Bacon Review,” the masterful Eric Westerlind, for feedback, which helped tremendously. When I felt it was ready I pitched it through a formal query letter with the attached novella and Kevin Shamel accepted it and handed it over to Spike Marlowe for further polishing. Prior to pitching it, of course, I spent time with a host of Eraserhead Press and Lazy Fascist books, just familiarizing myself with what kind of frame could entail a slice of Bizarro. In that sense, I did shape the book to escalate in ways that seemed fitting to the movement, while keeping those escalations organic to the story.
MSLS: What went into writing TMVM? What was your process?
JG: I used Freytag’s Pyramid for the first time, watched a ton of movies to study how their plots unfolded, and made a kick-ass playlist that would drop me in the zone. Caffeine helped, too. 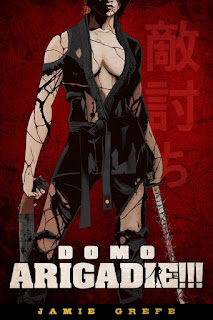 MSLS: I know you spent a good period of time in South Korea, Japan, and China doing a variety of things… including  teaching, translation, and even assistant directing and video editing for Japanese television. How have these experiences influenced your writing?
JG: I spent ten glorious years living overseas. That time abroad kept me slippery on my toes, not to mention I had to struggle against communicating (or miscommunicating) in different languages everyday, both personally and professionally. I’m sure the daily intensity of living in a foreign land has fueled, confused, split-apart, and, in ways I just can’t seem to pin down, manipulated my imagination. I’m from the backwoods of northern Michigan, so learning to adapt to densely populated foreign cities took a certain amount of mental rewiring. I also lived for some time in a small Japanese town that was just as bizarre, but in a totally different way--not quite as heavy as Takashi Miike’s Gozu, but still truly singular in the differences. I miss wandering around the streets at night in a foreign language. 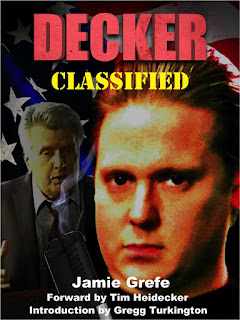 MSLS: How was TMVM received? How has your career been affected by TMVM?

JG: I think it went over quite well, despite the fact that it’s completely ridiculous and gratuitously violent. A lot of people enjoyed the language of it, which I’ve thanked my tongue for. 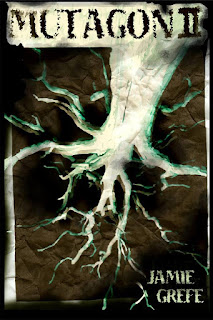 MSLS: What are some things you’ve worked on since? I know you just had a successful crowdfunding campaign for a film you wrote called “Unfinished Business”.

JG: I wrote a couple books for Jordan Krall’s Dynatox Ministries, which was a joy, because those books, I feel, are conceptually a lot stranger than TMVM--more controlled and hallucinogenic and fit well with what he wanted. I wrote a novelization for Tim Heidecker and Gregg Turkington, two comedic geniuses, as well as a strange Japanese-minded Sci-Fi book for Rooster Republic Press. Beyond that, I did some work for Jim Wynorski, contributed to two anthologies, and, yeah, collaborating with director Jay Burleson with “Unfinished Business” was (and is) awesome and I can’t wait to show the public what we’ve cooked up. It’s pure horror. We successfully crowdfunded the film and following the inner workings of the pre-production process as the film gets close to shooting is a thrill. I believe it’ll start shooting in January. 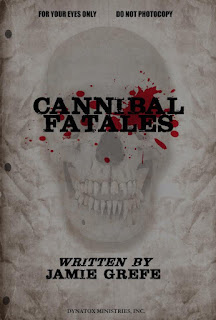 MSLS: What are you working on now?
JG: I just finished up an untitled Sci-Fi Thriller Solaris meets The Shining screenplay that I hope to option or sell. Otherwise, I’m preparing another screenplay right now and working on a collection of essays on horror for my MFA in Creative Writing program. I also finished two interrelated novellas that are unlike anything I’ve ever done, but they’ve been stuck in a particular publisher’s slush pile since early October. If any publishers would like a PDF, get in touch.

MSLS: Any advice for those wanting to write bizarro?

JG: I’m sure others have said this better than myself, but write what you feel compelled to write and always strive to write better. Also, work on finishing projects, whether it’s a short story or a novel-length project. Finishing a project really gives you a sense of what it actually feels like to complete something. Once it’s completed, you can focus time on making it better. Your work can always be better. Finally, read widely and savor the rotten fruits of life.

Jamie Grefe is a writer dilating the realms of the bizarre, the darkly comedic, the surreal, the horrific, and the cinematic. His first book, The Mondo Vixen Massacre, was published in 2013 by Eraserhead Press. It has been described by author Stephen Graham Jones as, "...the beating heart of the action movie always playing in the back of all our reptile brains." Grefe is also responsible for the novelization of Tim Heidecker and Gregg Turkington's Adult Swim web-series DECKER: CLASSIFIED, published in 2015 by Heidecker Publishing. His work appears in such venues as Birkensnake, The Bacon Review, New Dead Families, elimae, Prick of the Spindle, Sein und Werden as well as Bizarro Central. His latest book, Domo ArigaDIE!!! is available through Rooster Republic Press. Grefe is a graduate student in the New England College Master of Fine Arts in Creative Writing program and currently lives in northern New Mexico. His website is: http://jamiegrefe.com or follow him on Twitter @ShreddedMaps

Posted by Unknown at 3:27 PM No comments: 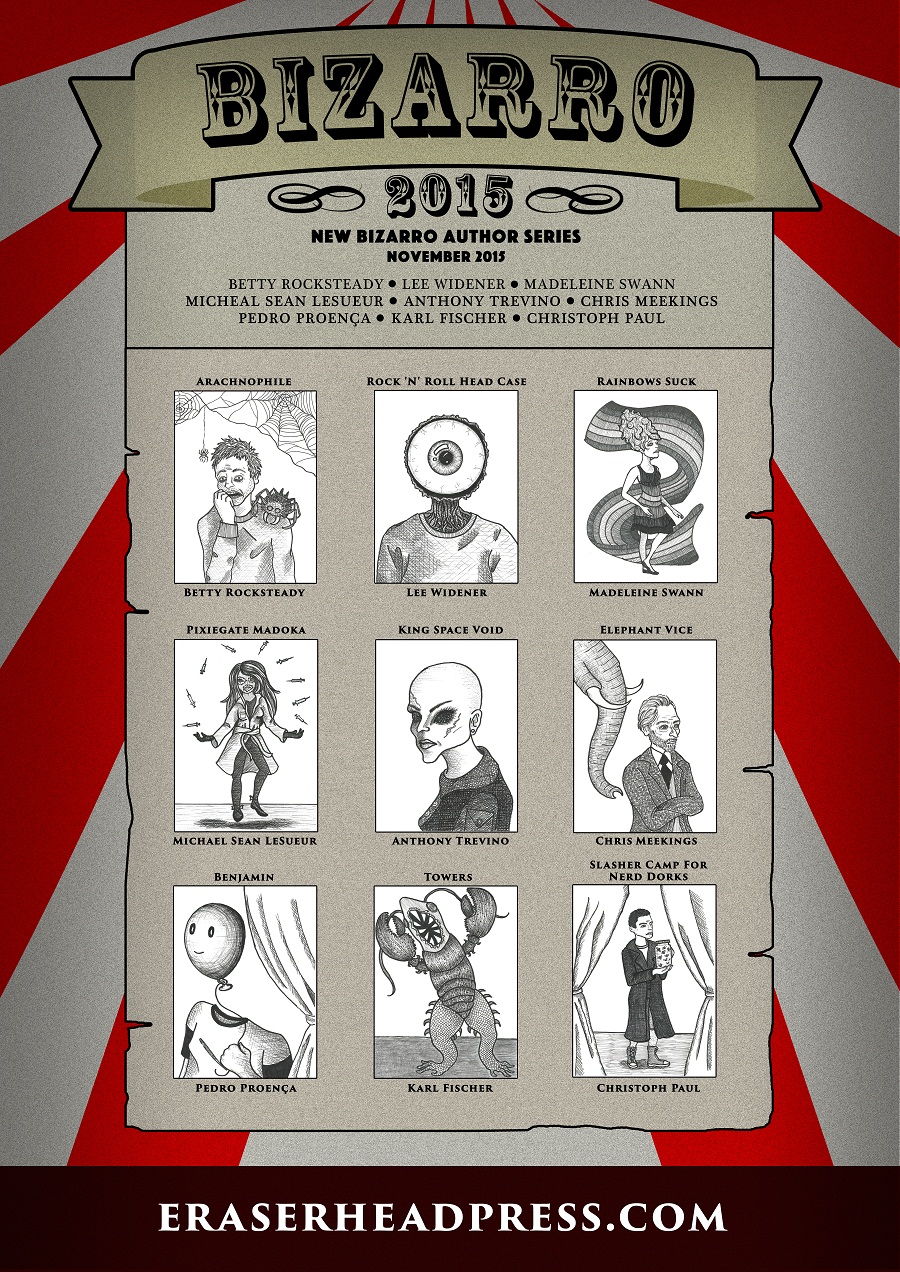